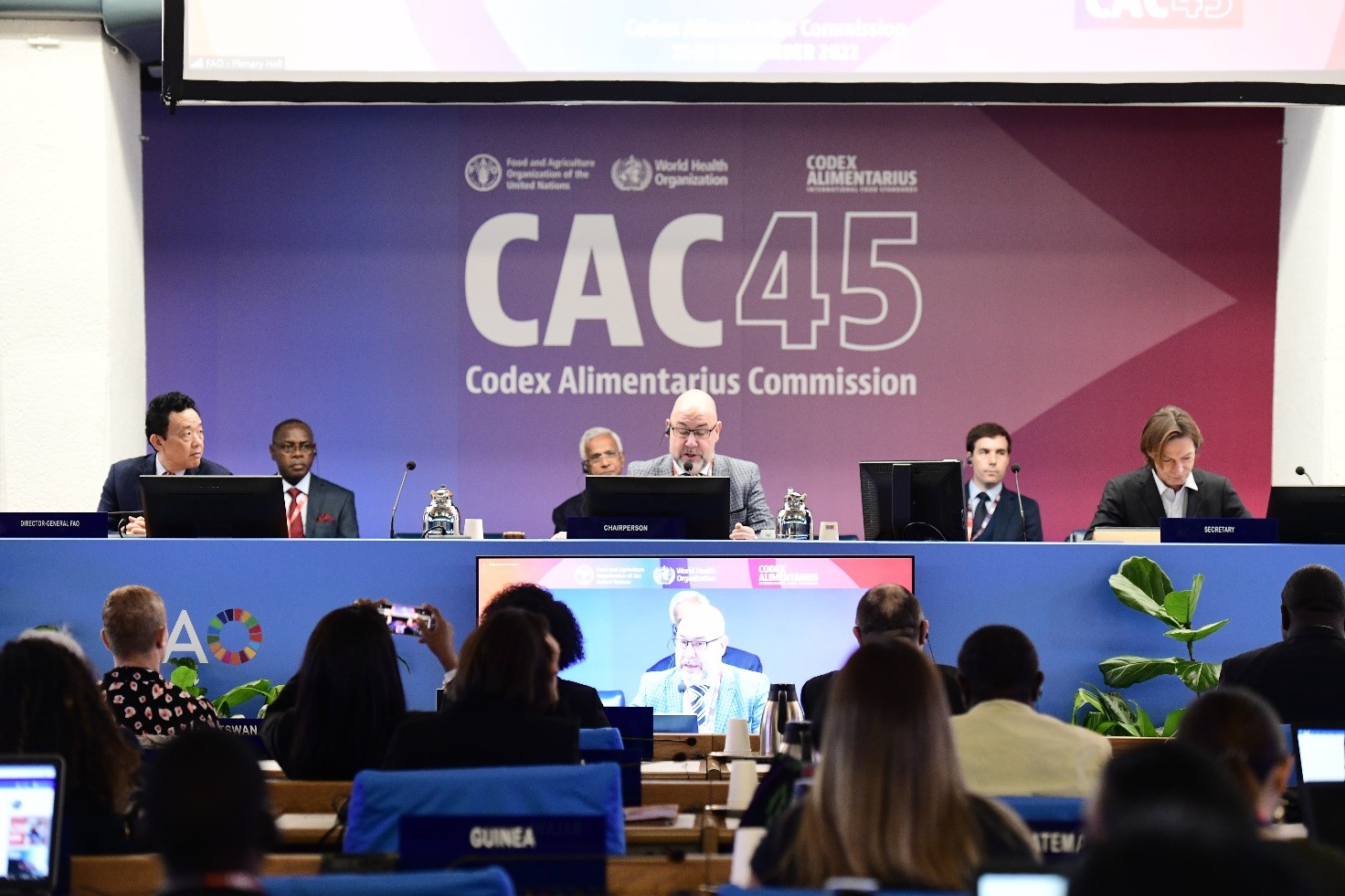 Uganda, through Uganda National Bureau of Standards (UNBS) has been re-appointed Coordinator for the Food and Agriculture Organisation of the United Nations / World Health Organisation (FAO/WHO) Coordinating Committee for Africa (CCAFRICA) for the period, 2022 to 2024. This, after successfully completing the (2020-2022) tenure, which included hosting the 24th CCAFRICA meeting in September 2022 in Kampala.

The appointment was made by the top body in the CODEX structures, Codex Alimentarius Commission, during its ongoing 45th meeting this week in Rome, Italy. Africa at the session was represented by over 40 Member States which demonstrates the importance of Codex and Food Safety in the region.

Uganda delegates at the session included H.E Amb. Elizabeth Paula Napeyok, Head of Mission, Embassy of Uganda in Italy as well as those from the Capital who joined through virtual means.

This is the second time Uganda has been appointed to coordinate CODEX activities in Africa, following  the first appointment 20 years ago; from 1999 to 2003.

The focus for Uganda during the new tenure will be building the momentum generated over the years and seeking to raise the profile of Food Safety and Codex on the African Continent.

According to the CCAFRICA Chairman who also doubles as the Head of the Food and Agricultural Standards division at UNBS, Mr. Hakim Mufumbiro, great attention will be given to generating regional priorities through a consultative process, taking into consideration the coming into force of the African Continental Free Trade Area (ACFTA) which is a turning point for the African Continent.

“Food standards elaborated through the Codex system will be key enablers in facilitating trade in food and agriculture commodities and products across the continent and ensuring that the health of the over 1.3 billion inhabitants is protected.” Said Mr. Mufumbiro.

“Uganda will also seek to leverage on the adopted Regional guidelines for developing harmonized food safety legislation for the CCAFRICA region in order to influence the review of the relevant national laws and regulations in order to enhance establishment of a robust modern Food Control System in the country.” He added.

The Uganda National Bureau of Standards, which is the Codex Contact Point for Uganda as well as the National Codex Committee (NCC) Secretariat, is one of the Uganda Government’s Ministries, Departments and Agencies (MDAs) at the forefront of the Coordination role in Africa.

Uganda’s appointment will raise awareness of food safety issues through Codex, such as strengthening the food control system in the Country and improving quality and safety of locally traded food commodities, raising the profile of Codex and food safety issues in Uganda, increased public awareness on standards for food products elaborated by Codex, positioning Uganda to have an improved access to regional and international markets for exports of her food commodities and products, foreign exchange earnings for the country and  promotion of the Tourism Industry.

CODEX Alimentarius Commission was established by the Food and Agricultural Organisation (FAO) and the World Health Organisation (WHO) in 1963, charged with developing International Food Standards to promote food quality and safety with the aim of protecting consumers’ health and ensuring fair practices in the food trade. It currently comprises of 189 members which include 188 member countries and the European Union.

The Uganda National Bureau of Standards is a statutory body responsible for developing, promoting and enforcing standards in protection of public health and safety, and the environment against dangerous and sub-standard products.